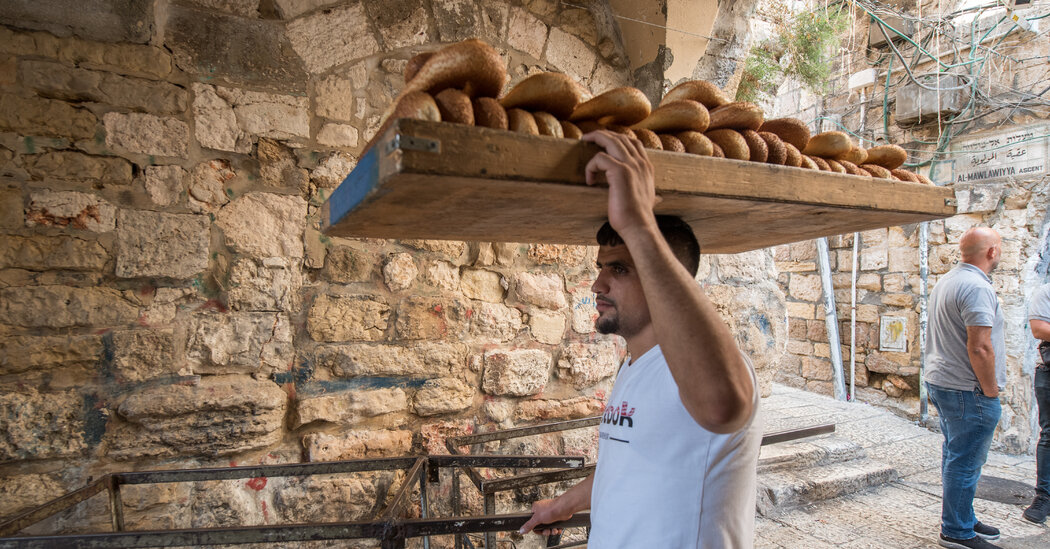 There might be no other city on this planet where, accompanied by the sounds of church bells, the voice of the muezzin and the dialect of tourists from every corner of the globe, you possibly can hear three languages ​​spoken by the locals. But Jerusalem, where I grew up in a Palestinian family, can also be two worlds in itself: one inhabited by its inhabitants, the opposite reserved for many who briefly go through its vaulted streets.

While the locals are desperate to share the town’s famous sights with guests, we are inclined to guard its lesser-known treasures, especially relating to food, for our own enjoyment.

As a traveler, there’s nothing higher than having a friend who grew up in the world I’m visiting take me to places with real food, like a hole-in-the-wall restaurant, perhaps even a lunch counter whose owner doesn’t speak a word of English, and its regulars include a tenth generation neighbor who lives down the road. Then every stop and meal is like an introduction to a spot that many visit but few get to experience in its full glory. This guide to Palestinian dining options in Jerusalem’s Old City is that friend.

The Old Town is split into 4 quarters – Muslim, Christian, Armenian and Jewish – although the streets often intertwine and overlap, making it difficult to find out the precise location. Most of those food stops are within the Muslim Quarter (best entered through the Damascus Gate), and a few border the Christian Quarter. Most should not have addresses, and there isn’t any consensus on the names of the streets where they’re situated. The map app is not going to serve you well on the winding paths of this millennial city. Your best guide? Vendors sat in front of their stores. Just ask for certainly one of these places they usually’ll let you know exactly where to go, where to take the steps, and what number of left or right turns to make.

These places only accept money, and no meal costs greater than $10.

Start on the Damascus Gate

You don’t need directions to search out female farmers sitting on the bottom either side of the Damascus Gate entrance. At dawn, they set out from the encompassing villages with seasonal produce that they harvest of their fields. Depending on the season, you may be in luck with the sweetest summer figs, cactus pear, and mulberry you will ever taste. In late fall and early winter you could have raisins and a delicious walnut-filled grape skin often called malban, but you are also entering olive harvest season and you would possibly get lucky with freshly preserved olives and pressed olive oil. After the primary rain, the harvested herbs – akin to mallow and dandelion – also start to seem.

At the underside of the steps leading from the gate to the Old Town, a couple of two-minute walk to the left, there may be Al Jebrini Tahini, certainly one of the oldest tahini mills in Jerusalem, dating back a century and a half. As you go inside, you will see a small, unassuming shop with staples akin to dried legumes, flour, sugar, and milk, but leaf through a small door and you may discover a stone mill where sesame seeds are ground. “We only produce 15 to twenty kilos of tahini a day,” Abu Ibrahim Jebrini, the present owner, proudly explained (which translates to around 35 kilos). “There are only 4 variants,” he added, “shelled, unshelled, roasted red and nigella seeds.” If buying a jar shouldn’t be an option, a minimum of grab a chunk of halaweh (halva) and simsimiyeh (sesame seed confectionery) that they produce on site.

If you began your day early and are craving breakfast, then essentially the most filling and nutritious meal will only require two stops. First, head to Makhbaz Al Razim, a bakery I’ve been visiting since I used to be a couple of years old for ka’ak-al-quds (oval ring-shaped breads with sesame seeds that Jerusalem is legendary for). Tucked away in a side street near the Ethiopian Patriarchate, the bakery has no sign. You’ll find it through a greyed metal door and a couple of stone steps right down to a room lined with stacks of wood trays. At the back is a greater than 100-year-old wood-burning stove. Grab a couple of ka’aks (should you like hard-boiled eggs, you can too buy some eggs baked in a box of wood chips for six hours in the identical wood-fired oven) and head down a couple of steps to the best-kept secret of hummus in Old Town.

Abu Shukri hummus could be the most recognizable name for hummus in Jerusalem, with the well-known restaurant near Via Dolorosa appearing on countless online travel message boards and TV shows. But the true gem is that this hole-in-the-wall shop where Ziyad Abu Shukri, a bald man with a small streak of gray hair on either side and smiling green eyes, still poundes hummus by hand in a mortar and pestle since he took over from his father 30 years ago. “These are my brothers,” Mr. Abu-Shukri said of the owners of a well known restaurant. “Everyone is nice, everyone does what they like, but that is the unique store my father opened 82 years ago.”

Locals seek advice from his shop by name or as Abu Shukri el Falafel (and sometimes jokingly as Abu Shukri el Aqra’a — bald Abu Shukri). With only five tables, the space is cramped and it’s possible you’ll discover a line of locals taking their breakfast home, however the delights inside are well worth the wait. His offerings are easy: hummus; msabaha (a deconstructed hummus manufactured from whole warm chickpeas mixed with tahini sauce and topped with a lemon-garlic chilli sauce); ful (cooked and seasoned broad beans) and falafel. Everything you order comes with pita bread and a plate of sliced ​​tomatoes, onions and pickles. If you are in a rush, you possibly can grab a takeaway falafel sandwich, but when you could have time, sit down. Just make sure to ask for the shatta, its homemade hot sauce I could eat with a spoon.

If you manage to digest all of it after a walk, sit down for lunch at Kabab al Sha’ab situated at the doorway to the spice market, or Suq el Atareen because it is locally called. There is just one thing on the menu: a kebab, served either as two skewers in a sandwich or as five skewers on a plate. Owned by the Kirresh family – famous butchers – it’s visited almost exclusively by locals. The 150-square-foot restaurant has just 4 tables facing a coal-fired grill that constantly produces a mixture of minced lamb and beef kebabs all day long. The meat is served with grilled tomatoes and onions and pita bread. The maximum you possibly can order on the side is a drink, including yogurt.

I assume most individuals consider a meal incomplete until it ends with a sweet bite. While many places offer baklava, for the true taste of Palestinian sweets, go for helbeh, a fenugreek-flavored semolina cake whose bitter pungency is punctuated by the sweetness of aniseed and sugar syrup. Or try hareeseh, an orange blossom semolina cake that crumbles in your mouth. And in the event that they’re fresh, definitely go for knafeh, crunchy kataifi (shredded phyllo dough) or semolina cake full of frivolously salted cheese and soaked in flower syrup. Al Aseel Sweets on Al-Wad Street, just off Via Dolorosa, has been making this type of sweet for over 50 years, and behind the shop you possibly can see the kitchen where the whole lot is fresh daily. Knafeh, nevertheless, is just made on Fridays and Saturdays. “If it accommodates cheese, you could have to eat it on the spot to get the very best flavor,” said Ramadan Abu Sbeih, grandson of the founder, who now runs the shop. “That’s why we only make knafeh on weekends.”

And a night snack

If you favor a stroll around the town within the evening, you possibly can discover a well-hidden local tradition. Urs Beid, a flatbread with egg and sujuk (spicy sausage), is made in several bakeries, but only after 6pm. It was traditionally prepared to sustain the ka’ak-al-quds bakers, who began the method at night and baked well into the early hours of dawn, but local families also take these pastries for a night snack or dinner. The most elementary and in my view top-of-the-line places for this bread is Makhbaz Abu Shadi, near the Sheikh Reihan Mosque. This is certainly one of the oldest bakeries in the town, a couple of minutes walk from Via Dolorosa. It’s the one thing on the menu and it’s produced from 6pm to midnight.

Follow New York Times Travel on Instagram, Twitter and Facebook. AND subscribe to our weekly Travel Dispatch newsletter to receive expert advice for smarter travel and inspiration to your next vacation. Are you dreaming of a future trip or simply traveling in an armchair? Check out ours 52 places to go to in 2023. 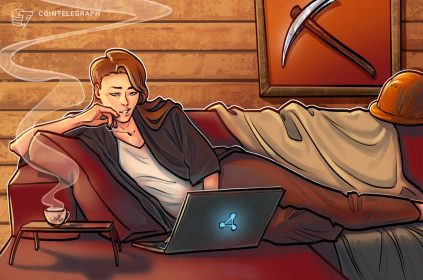 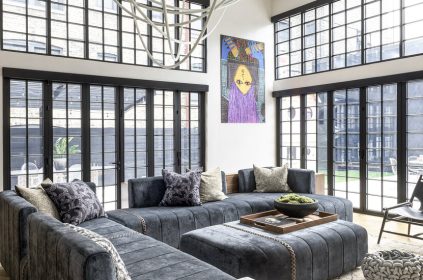 The Chicago Home Was Designed for Parties. Then the Parties Stopped.

Your Work at Home Routine: Methods to Change it Up 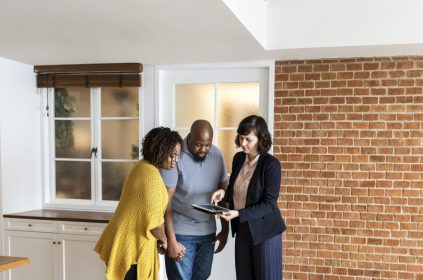 Understanding Methods to Negotiate Productively When Buying a Home 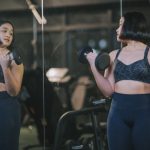 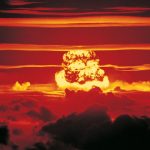